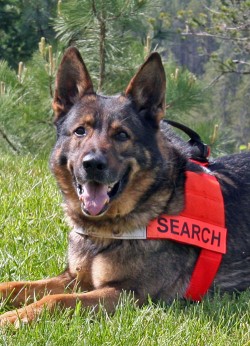 One of the things that has motivated us to breed fine dogs is our work in Search and Rescue.  The simple fact is, not every dog is suitable to be a Search Dog.  Therefore, early on, we sought to breed in order to produce dogs we could train as the best for Search and Rescue work.

The following is the story of our first Search and Rescue Dog , Tag, found in many of our pedigrees, and one of her Searches where she was able to locate a missing person. 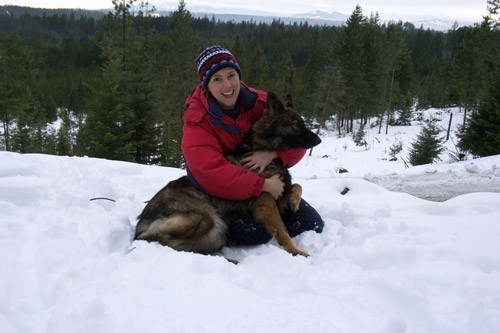