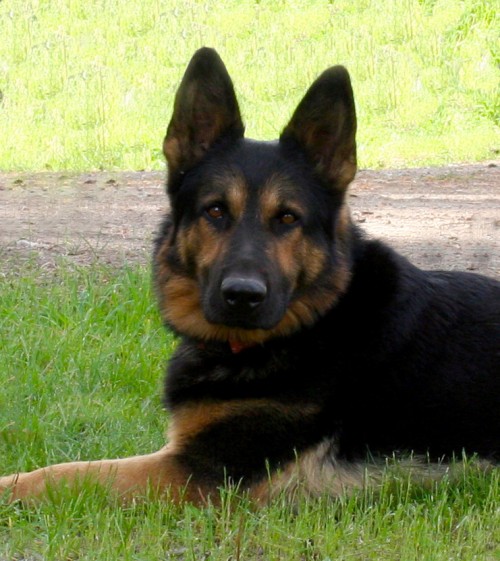 Macho was imported for our breeding program as a young dog in 2010.  His pedigree carries the genetics of great dogs, Odin od Roubenky, Navar, Yska, Pluto.  We are pleased with his drive and power, balanced with a trainable willingness to please.  May, 2012, Macho earned his Rally Novice Title with three legs in three consecutive trials.  October, 2012, he earned his Schuthzund BH.  Good dog! He is a delightful working partner!

In addition, in July 2013, Macho finished his International Championship also winning Best of Breed in the IABCA Dog Show, over a Canadian Champion and other competitors, in Enumclaw, Washington.