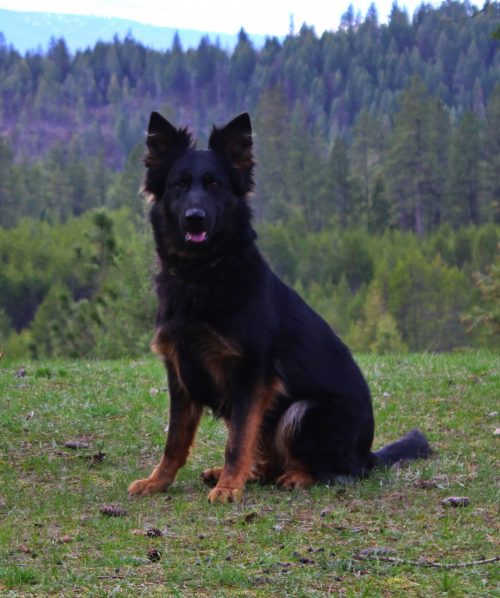 A-1 STAMP HIPS AND ELBOWS

With the arrival of Magnum at age six and a half, bringing back with him the genetics of some of our early dogs, Strongheart (V Imo von Werraufer SCH III, FH) and Ulrika (Ulrika Anrebri SVV1), we knew it would be wise to keep a puppy from him.  Choosing Mokka with her pleasant personality and robust structure was an obvious choice.  Tripoli is the puppy we kept.  She is a long coated bi color female with deep red markings, DM clear, A-1 stamped in Germany for hips and elbows, and herself a pleasing companion. Tripoli loves to play and is quick to pick up a toy at every opportunity.  Though we no longer are active in a Search and Rescue group, it has made sense to us to always keep a “Search Dog’.  Tripoli is that dog, eager to play the game of finding someone.