Big Congratulations to Keeper, Kelly, and Bristol on their new International Championship Titles.

All three earned a V1 rating for conformation from three different judges, including two International judges.  V1 is the highest rating awarded.  At IABCA the dogs are judged according to the European system of evaluating each part of the dog upon which a rating is awarded.

Both Keeper and Kelly earned a Third Place ahead of dogs older than themselves.  The judges had lots of good things to say about both of them.  In particular, I heard many praises for Keeper, who although at eighteen months, as a big boy, he is at a gangly and awkward adolescent stage of development, the judges could see that in two more years when he is fully grown, he is going to be absolutely amazing in beauty.  They each remarked on his flowing trotting gait.  Keeper has an even more classic German Shepherd structure than his outstanding sire, International Champion Cardinal vom Sparthof CD, RA.  Of course, they couldn’t help themselves in saying, “He’s a Keeper!”. 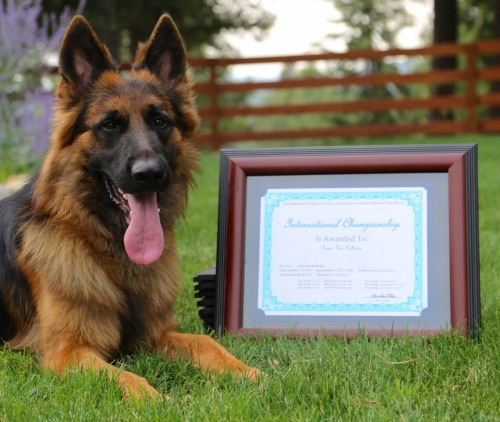 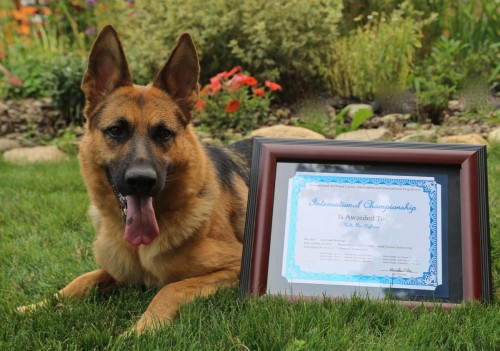 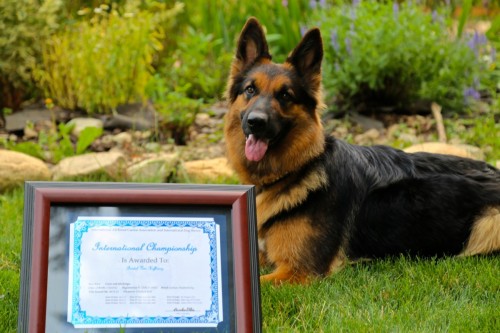