Today we took the Cardinal/Mokka puppies, Boone and Koa (whom Hannah is raising for a client) to the little town of Bayview to watch the Parade. 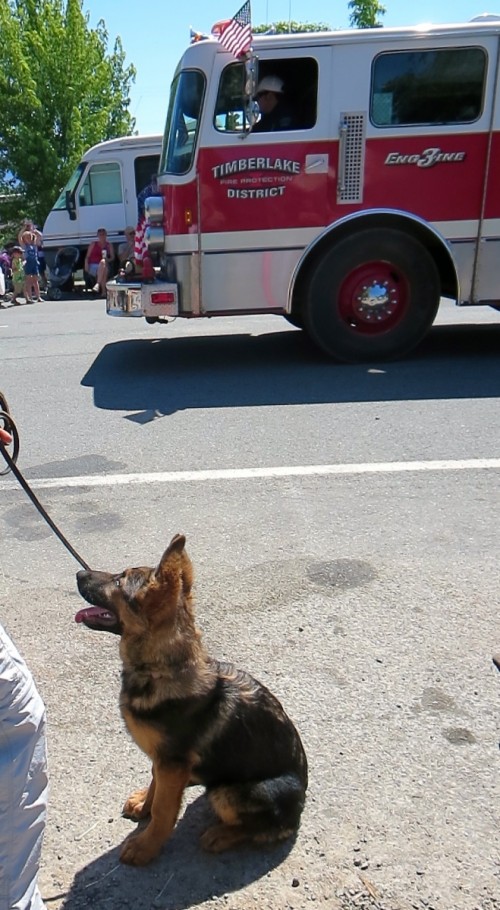 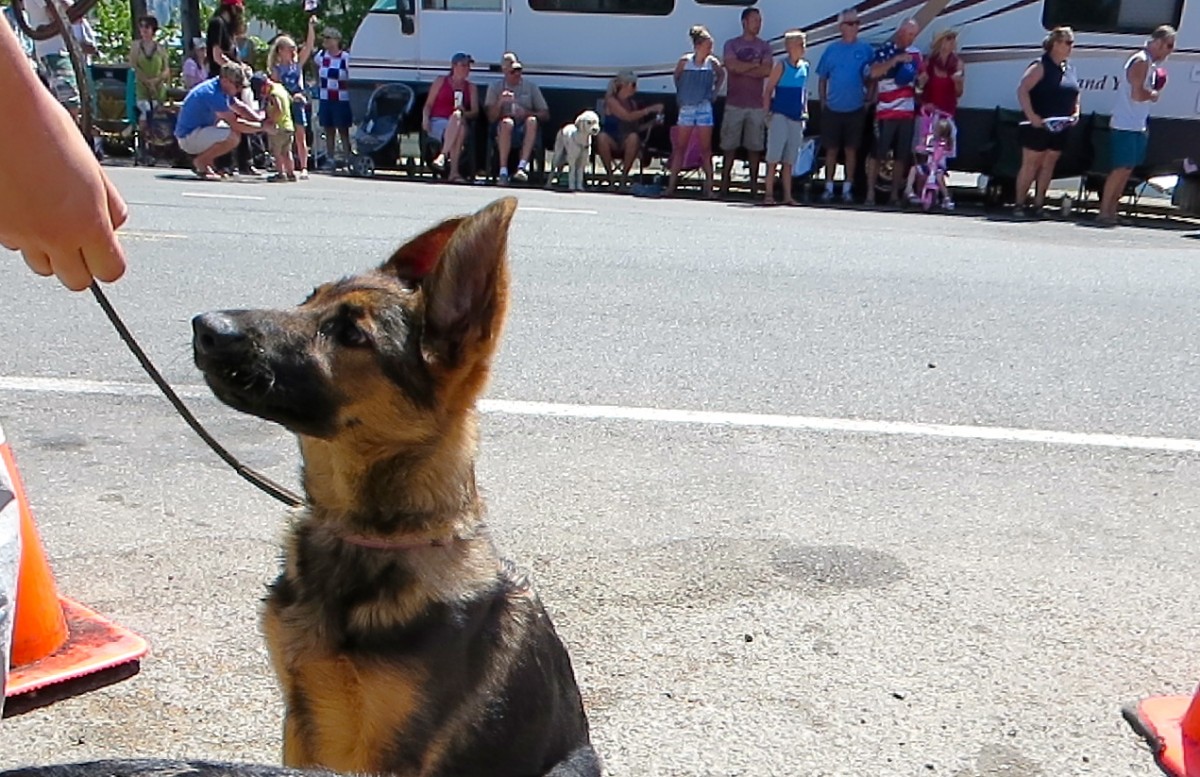 She is also not phased by all the people, the sirens, and activity. 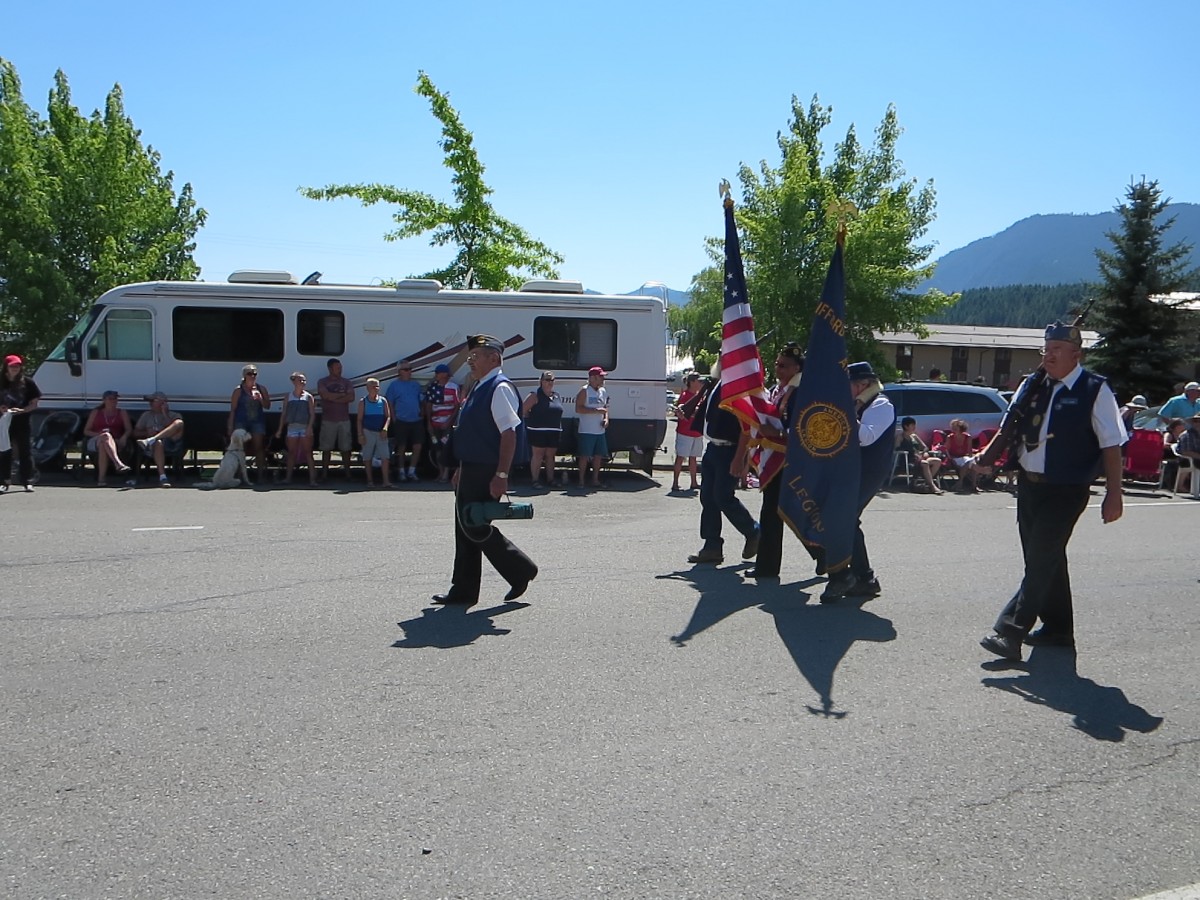 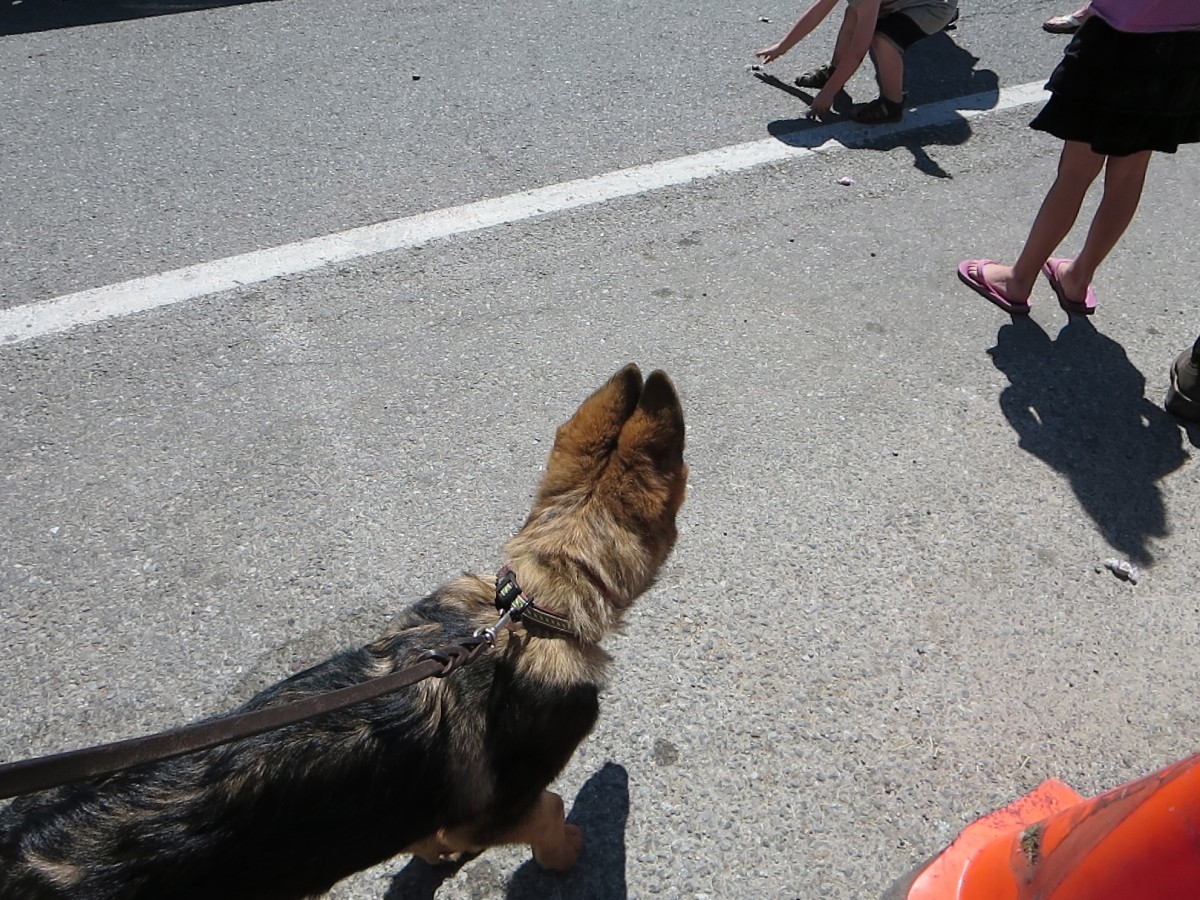 But Boone found something interesting.  What is it they are throwing from the trucks? 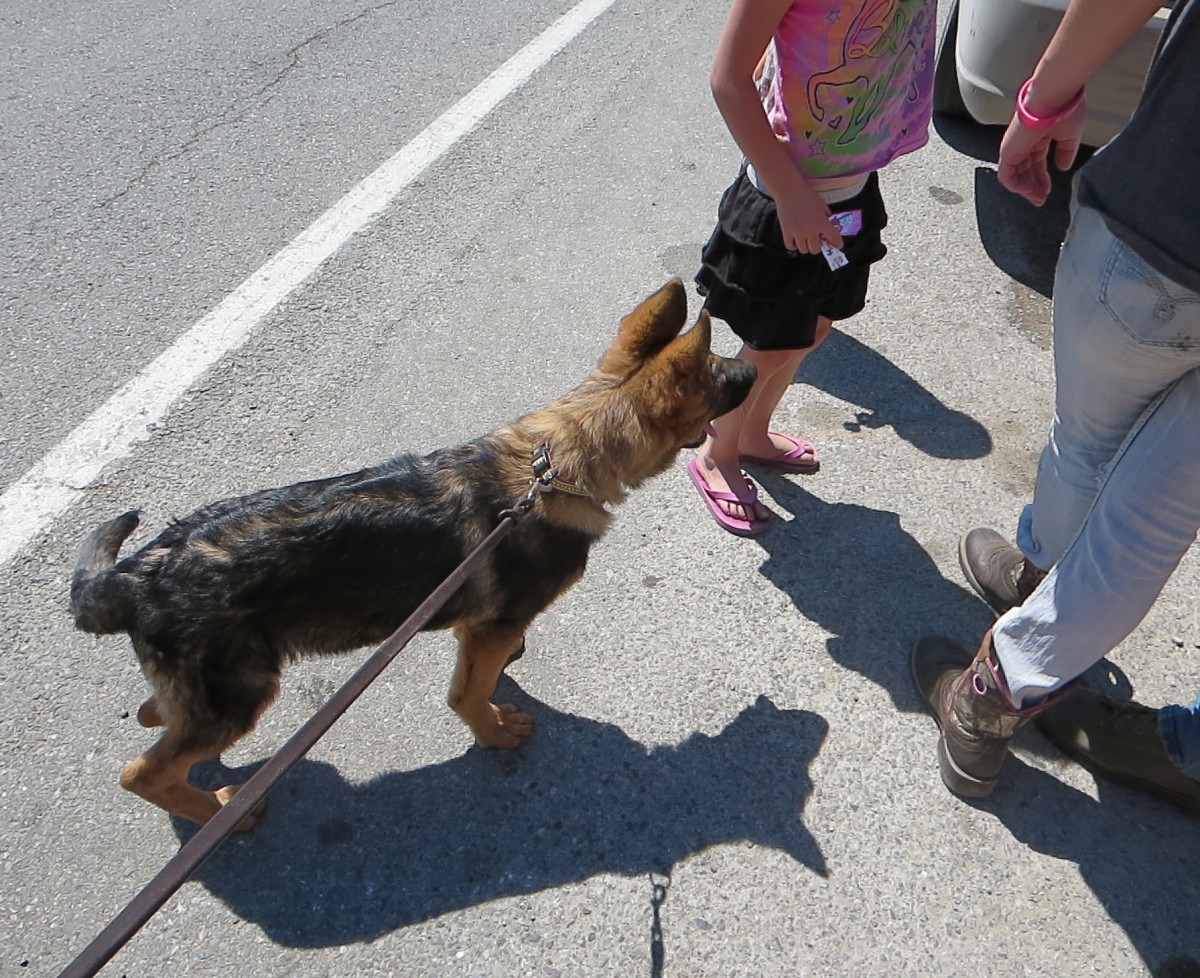 Whoever you are it does not matter.  You got some candy and I am interested. 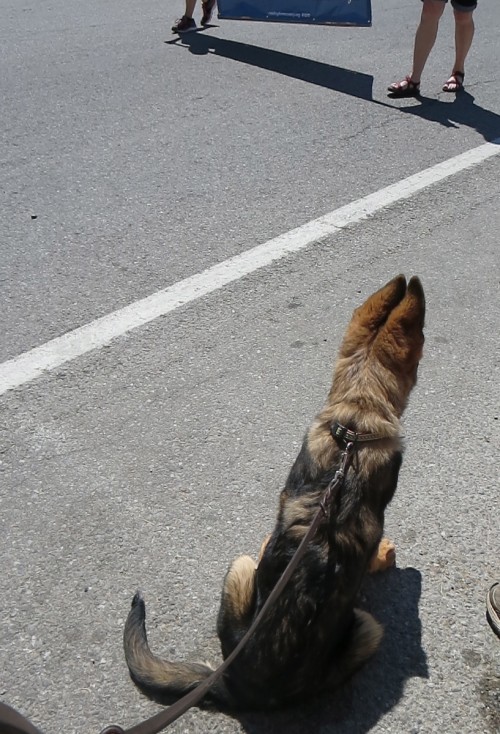 Boone worked so hard to sit pretty so he could have some candy, too.  I gave him a dog biscuit instead, but that wasn’t nearly as much fun as candy flying from the trucks and bouncing on the pavement. 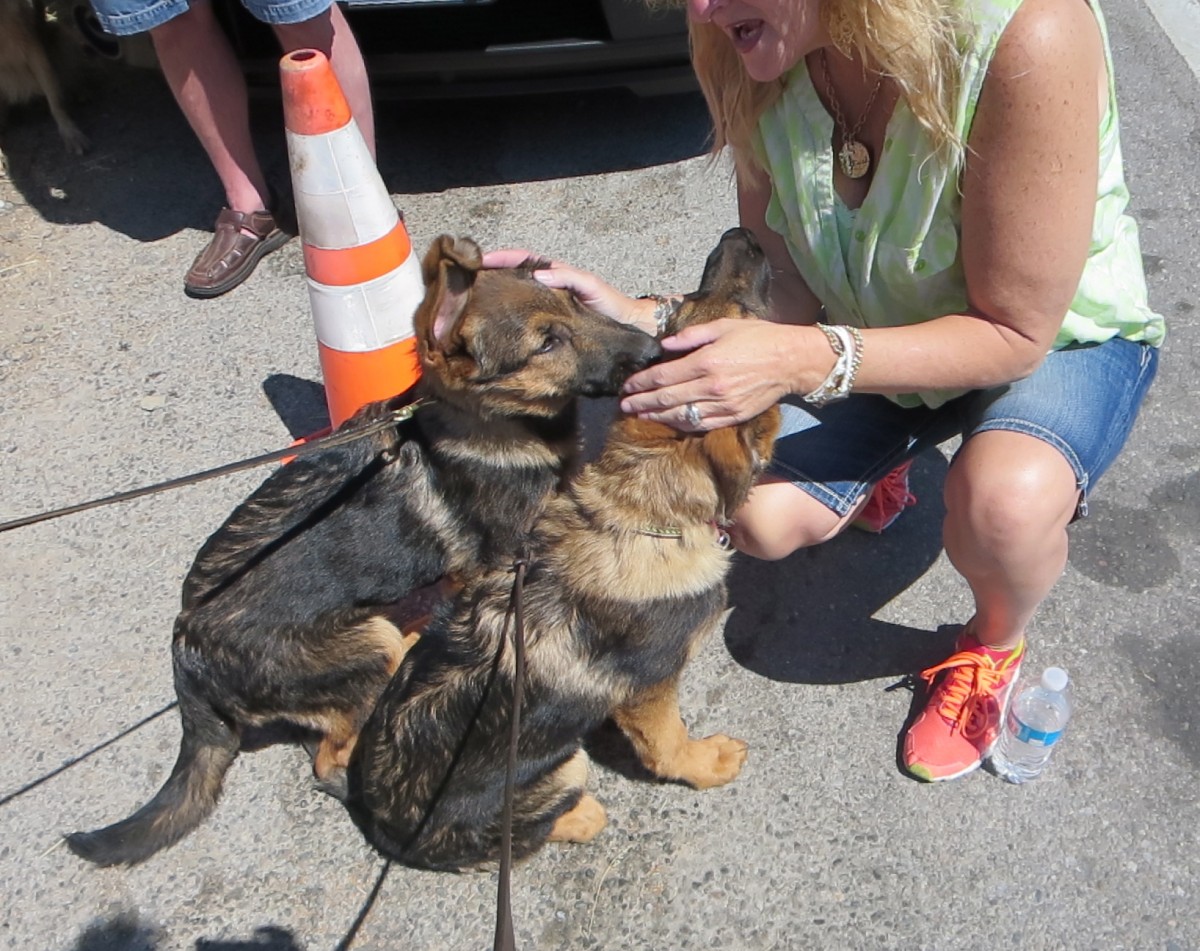 The puppies were a big draw with several people coming over to pay a visit. 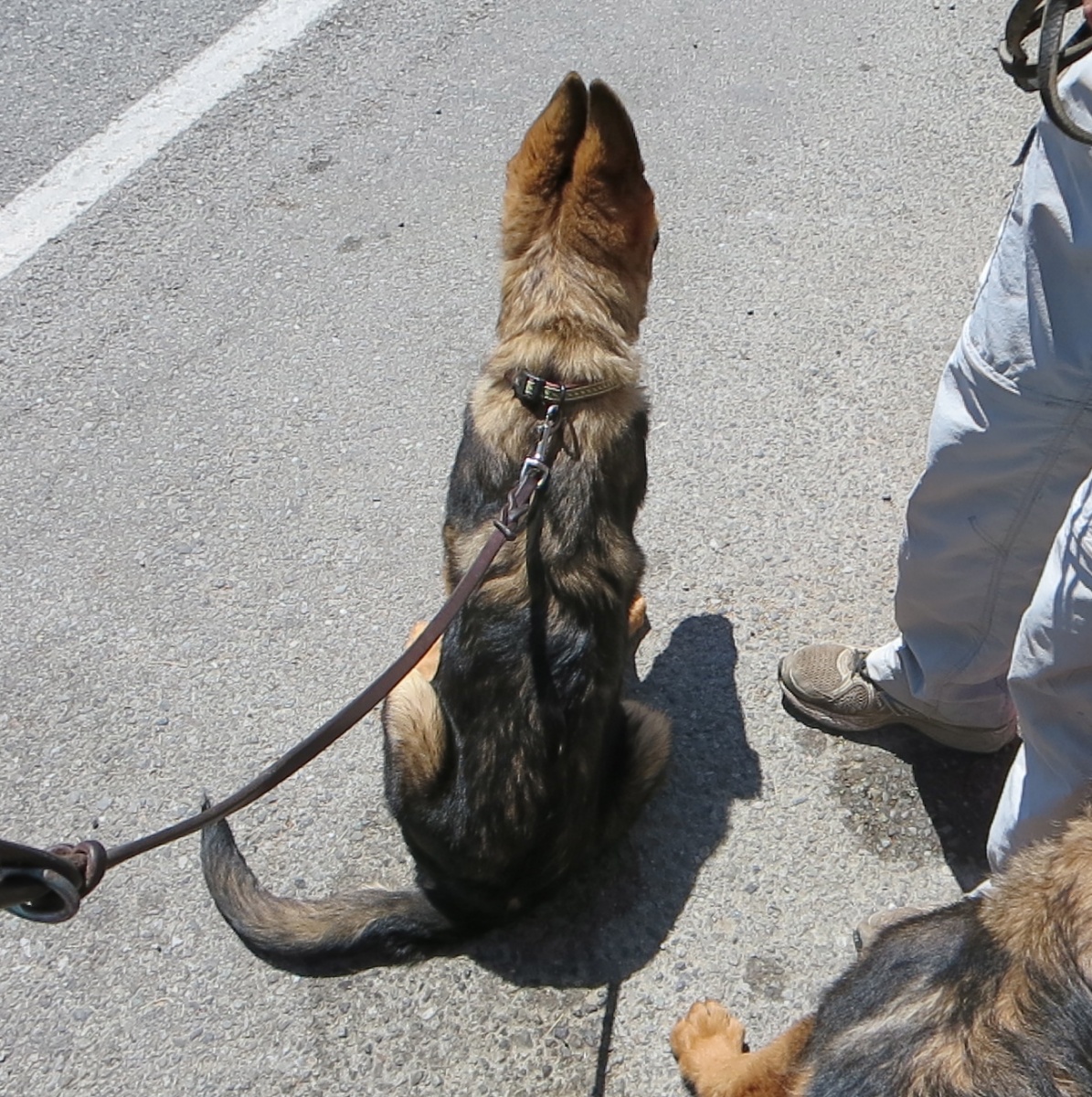 Watching the Parade…and hoping for them to throw things again.

Hoping you had fun celebrating, too!