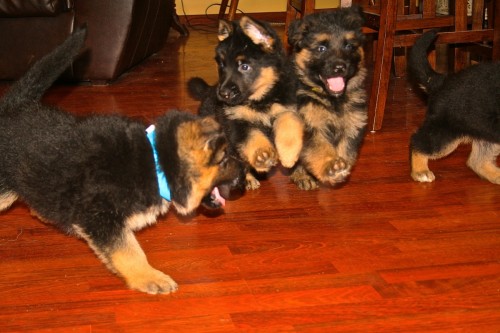 Hello to our puppy families!

We wanted to share with you some thoughts from folks who recently adopted puppies. 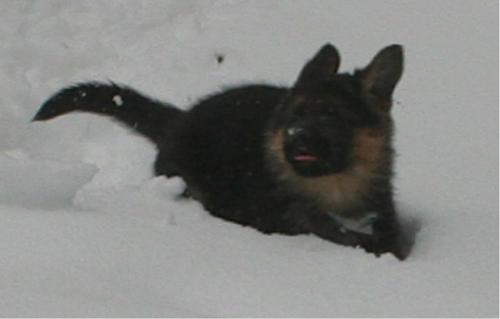 “Tito” wins the prize for being our K13 jetsetter: one day brisk North Idaho, the next, sunny Florida.  Jennifer, a first time Candle Hill owner recently adopted her puppy and says: 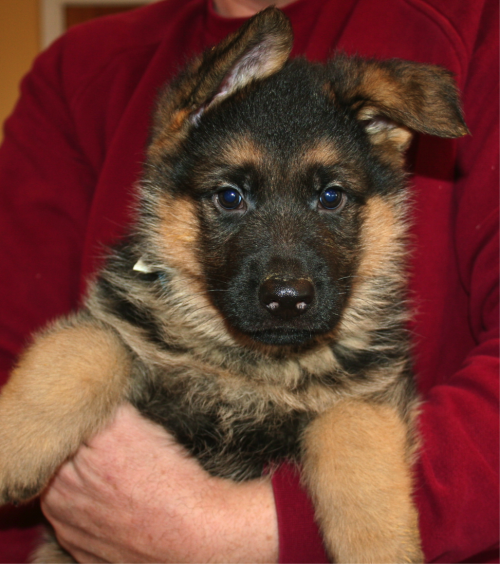 “We couldn’t be happier.  He is a great pup.  Everything you said.  Very playful but just as happy sitting at my feet.”

Highly experienced Idaho Search and Rescue couple Dave and Shirley also got a puppy from this litter.  Dave writes:

“He is a wonderful eater ! ! ! and we have enjoyed every second of his presence in our lives.  He plays like a demon when he is in the mood for play, he is quite athletic and handles our snow and steep slopes with no difficulty.  One of the things we have found very different, remarkably different – he is very affectionate, he really loves to be held and gently stroked about the face and neck.  And he is really intelligent, example – we had him out beside the house and while walking in the snow he discovered that the snow he kicked up with his feet rolled down the slope and gave him something to chase.  After climbing back to the top of the slope he bowed down and shoved his nose into the snow and lifted a couple of large pieces up to roll down the slope to chase.  It was no accident – it was clearly a planned act.  We have noticed that he can be a bit “self directed” – I’d rather use that term than stubborn.  BUT, Shirley is having excellent results in teaching fundamental acts such as “sit”, and coming to his name is successful more often than not and he is showing promise of understanding “deck” which is what we have used in place of “down” for years with our other shepherds.

We miss our previous German Shepherd, Tango, and his memory is treasured, but KeyTo is clearly and unmistakably his own dog and since we got him on Friday I don’t recall either one of us saying “Wow, just like Tango”, the fates played well for us and we had enough time to separate ourselves from previous bonds, your breeding and prior commitments for puppies was a Godsend, and we are so happy we stayed with the Candle Hill Shepherds line and the wonderful people that own it.

Thank you so much, “

“We are feeding KeyTo slightly more food and he is very happy.  As you said food is really important to him – which works for us as it makes training him easier.  He responds to his name when called, I didn’t say he comes running but he does respond by looking at the caller, he also is sitting on command from Shirley quite reliably and he does lay down quite well on command.  Of course he is not “Trained”, but his response to treats is excellent.
We have found that after eating a good sized meal he lights up light a roman candle and I am amazed at his activity level, he runs and ducks and dodges and exhibits a very high play drive and yet a few minutes later you can pick him up in your arms and he snuggles his snout under your chin and actually wiggles in to get as close as possible… Oh, and you were right, he has a gorgeous “prance” that he exhibits frequently, he just seems to be a happy well adjusted puppy, confident in himself and glad to be alive.” 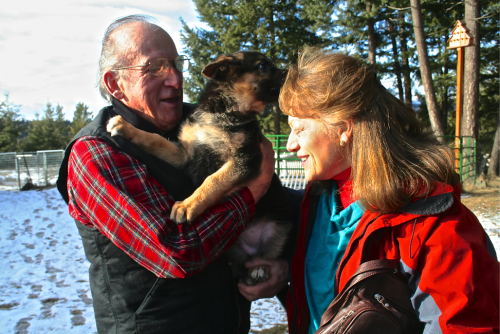 More Than Once Club member Del writes from Colorado:
Hi Elizabeth,
“I love this dog already.  I can tell he is super smart. I have started his obedience training already.  I just can’t say enough about your dogs.  I expect more from them because the extra is already there because of the breeding and the way you raise them.  Thank you for making my job easier.  Del” 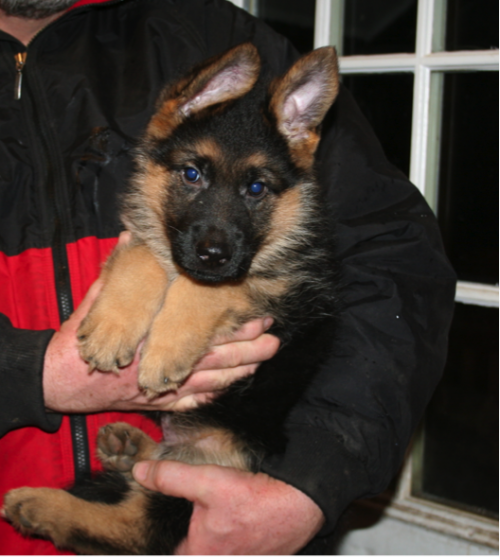 We also have new photos from one of our other December litter (Piper and Sunny) puppy families. 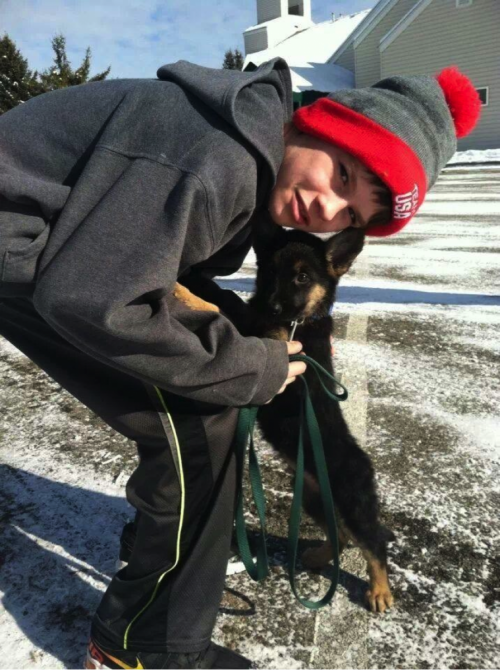 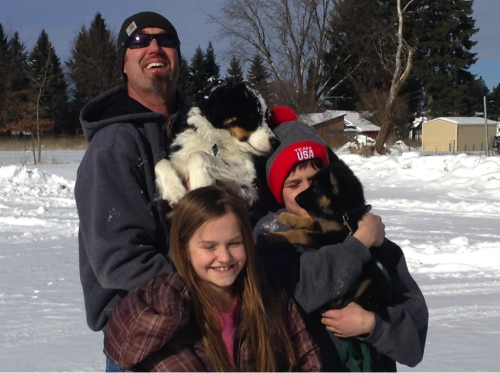 Colby who with his family and primarily his son, Sterling, have Kada are another More Than One Club puppy family.  Colby writes:

“Sterling (holding the puppy) wasn’t sure about having a female puppy he wanted a male, but now he wouldn’t trade her for the world.
When I was a kid I had a great GSD he was one of the best parts of my childhood. It was actually my Mom’s friend’s dog but we went everywhere together and one day she just said Max is your dog…I want my kids to experience the unconditional love you can get from a dog…Kada is already bonding to Sterling more than she is to me it’s so fun to see the kids and their dogs and hear all the stories about what they did with their puppies when they were off on an adventure after school.”

And finally a photo from Bluma’s family, also of Sunny and Piper’s litter, and also a More Than One Club member: 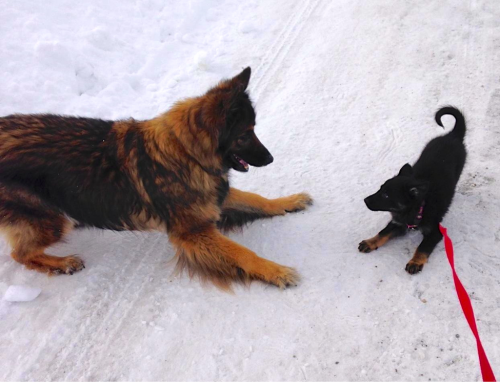